Nominate Rajendra Khare for ISACA Board of Directors 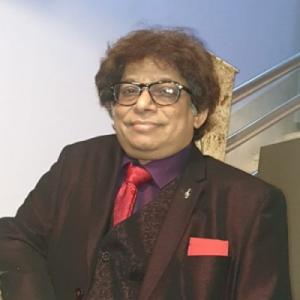 Nominate for Change - Nominate Rajendra Khare for ISACA Board

It is very surprising that, year on year, same individuals get nominated to ISACA Board of Directors. Time that new people with new ideas come on centre-stage.

Nominate someone outstanding to serve on ISACA’s Board of Directors”
— ISACA
PITAMPURA, DELHI, INDIA, January 26, 2023 /EINPresswire.com/ -- ISACA, the Information Systems Audit and Control Association, Inc., (ISACA), is going through the annual routine of nominating its Board of Directors. It has been observed that same individuals are getting nominated to ISACA's Board every year. This is prevalent to the extent that there are individuals who have been nominated to the ISACA's Board, consecutively, for 04 to 07 times. ISACA, being an organization of members, with no owners, it is mandatory that there is a visible change in this retrograde practice. This is only possible, if ISACA Members, come out of their inertia, and nominate themselves and others who are competent and energetic and work for the benefit of the industry.

Rajendra Khare, an ISACA Member since 2017, has presented himself, to be nominated as one of the Directors for ISACA’s Board.

The number of ISACA members globally is 165,000 based out of around 188 countries of the world. It is the members, who by paying their membership fee and by paying for their certification fee, bring maximum revenue to ISACA and are the main source of ISACA’s income. ISACA clocks an annual revenue of around US $ 90 to 100 million. It made an income of US $ 18 million in the Year 2020. To be noted, ISACA does not pay any taxes, being tax-exempt.

ISACA’s website on the link [https://www.isaca.org/why-isaca/leadership-and-governance/board-of-directors/nominations#:~:text=Nomination%20Process,for%20a%20one%2Dyear%20term] uses a punchline, “Nominate someone outstanding to serve on ISACA’s Board of Directors”.

Rajendra Khare questions, “year on year, largely, almost same set of people get nominated to ISACA Board. Does it mean that there are only 10-15 outstanding people amongst 165,000 ISACA Members? Absolutely not. Then, why is this happening?. As per Rajendra Khare, "this is happening because ISACA Members, collectively, have not given much thought to this. And now we should! It is time that new people with new ideas come on centre-stage!”

Rajendra Khare adds that, “it is time to nominate competent individuals to ISACA’s Board. Individuals who get nominated year on year, should step aside, and let fresh people come in”.

“New ISACA Board Members who get nominated should work the benefit of industry and members. For example, reducing the membership fee and certification fee to reduce the financial burden on members. Or, providing a higher percent of membership fee to local ISACA Chapters to provide benefits to local industry,” concludes Khare.

Rajendra Khare appeals that interested ISACA Members should come forward and nominated themselves. “If you want to nominate me for ISACA Board, please do so and I would work for the issues in the interest of the members,” says Khare.

For inquiries or corrections to Press Releases, please reach out to EIN Presswire.
✕
× Close Ad